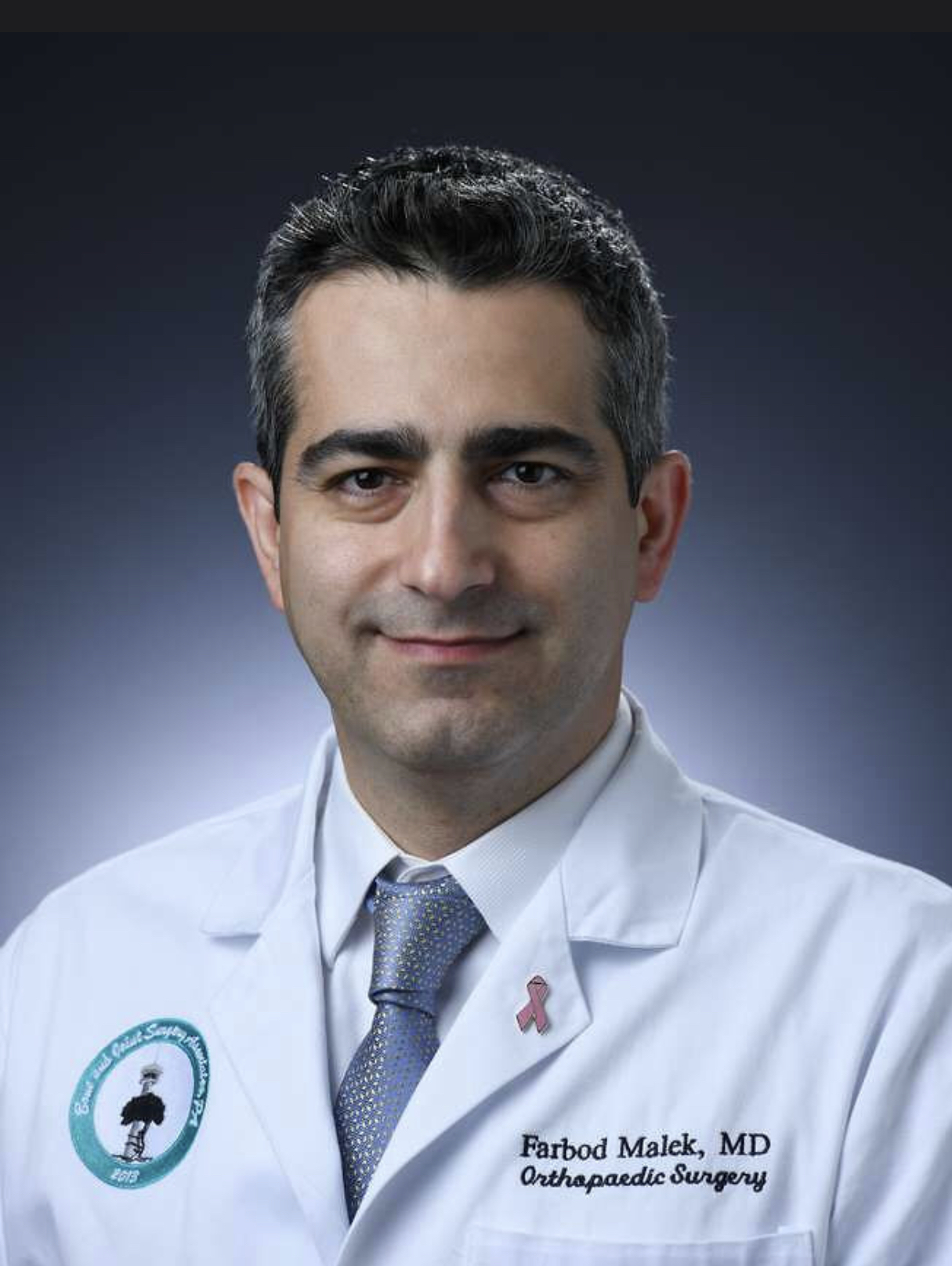 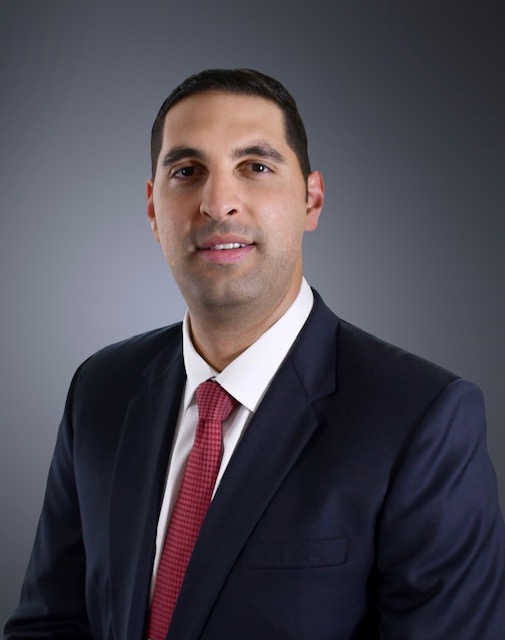 If your hip has been damaged by arthritis, a fracture, or other conditions, common activites such as walking or getting in and out of a chair may be painful and difficult. Your hip may be stiff, and it may be hard to put on your shoes and socks. You may even feel uncomfortable while resting.
If medications, changes in your everyday activities, and the use of walking supports do not adequately help your symptoms, you may consider hip replacement surgery. Hip replacement surgery is a safe and effective procedure that can relieve your pain, increase motion, and help you get back to enjoying normal, everyday activities.
First performed in 1960, hip replacement surgery is one of the most successful operations in all of medicine. Since 1960, improvements in joint replacement surgical techniques and technology have greatly increased the effectiveness of total hip replacement. According to the Agency for Healthcare Research and Quality, more than 300,000 total hip replacements are performed each year in the United States.
In a total hip replacement (also called total hip arthroplasty), the damaged bone and cartilage is removed and replaced with prosthetic components.
The damaged femoral head is removed and replaced with a metal stem that is placed into the hollow center of the femur. The femoral stem may be either cemented or "press fit" into the bone.
A metal or ceramic ball is placed on the upper part of the stem. This ball replaces the damaged femoral head that was removed.
The damaged cartilage surface of the socket (acetabulum) is removed and replaced with a metal socket. Screws or cement are sometimes used to hold the socket in place.
A plastic, ceramic, or metal spacer is inserted between the new ball and the socket to allow for a smooth gliding surface.

Total hip replacements are one of the most successful procedures in all of medicine. In the vast majority of cases, total hip replacement enables people to live more active lives without debilitating hip pain. Over time, however, a hip replacement can fail for a variety of reasons.
During primary total hip replacement surgery, the hip joint is replaced with an implant or prosthesis made of metal, plastic, and/or ceramic components. Although most total hip replacements are successful, problems can develop over time. These problems may require a revision procedure to replace the original components.
There are different types of revision surgery. In some cases, only some components of the prosthesis need to be revised. in other cases, the whole prosthesis needs to be removed or replaced and the bone around the hip needs to be rebuilt with augments (metal pieces that substitute for missing bone) or bone graft.
Damage to bone and soft tissue around the hip may make it difficult for the doctor to use standard primary hip implants that are designed to compensate for the damaged bone and soft tissue.
Revision total hip replacements are a more complex procedure and take longer to perform than primary total hip replacements. In most cases, the surgery takes several hours. To begin, your doctor will follow the line of the incision made during your primary total hip replacement. The incision may be extended, however, to allow the old components to be removed. Once the incision is made, your doctor will expose the hip joint.
After exposing the joint, your doctor will examine the soft tissue in your hip to make sure that they are free from infection and other problems, such as a reaction to the metal components. He or she assess all parts of the prosthesis to determine which ones have become worn or loose or shifted out of position. Your doctor will then remove the original implant very carefully to preserve as much bone as possible. If cement was used in the primary total hip replacement, this is removed, as well. Removing this cement from the bone is a time-consuming process that adds to the complexity and length of the revision surgery. Occasionally, a controlled "fracture" of the femur (thighbone) will be performed in order to remove a well-fixed stem. The femur will be put back together once the new stem is in place. After removing the original implants, your doctor will prepare the bone surfaces in the pelvis and the femur for the revision implants. In some cases, there may be signifcant bone loss in these areas. If this occurs, metal augments or bone graft can be added to make up for the bony deficits. Finally, your doctor will insert the specialized revision implants. Often multiple screws are required to hold the new cup in place until bone grows in. Your doctor will test the motion of the joint to ensure the implants are well-fixed and that the ball is stable inside the socket. Special "trial" implants are usually tested prior to inserting and fixing the final components. A drain may be placed in your hip to collect fluid or blood that may remain after surgery.

Every surgical procedure has risks. A small percentage of patients undergoing knee or hip replacement (roughly about 1 in 100) may develop an infection after the operation. Joint replacement infections may occur in the wound or deep around the artificial implants. An infection may develop during your hospital stay or after you go home. Joint replacement infections can even occur years after your surgery.
Infections are caused by bacteria. Although bacteria are abundant in our gastrointestinal tract and on our skin, they are usually kept in check by our immune system. However, because joint replacements are made of metal and plastic, it is difficult for the immune system to attack bacteria that make it to these implants. If bacteria gain access to the implants, they may multiply and cause an infection. Despite antibiotics and preventive treatments, patients with infected joint replacements often require surgery to cure the infection.
A total joint may become infected during the time of surgery, or anywhere from weeks to years after the surgery. The most common ways bacteria enter the body include:
Some people are at a higher risk for developing infections after a joint replacement procedure. Factors that increase the risk for infection include:


Signs and symptoms of an infected joint replacement include:
In some cases, just the skin and soft tissues around the joint are infected, and the infection has not spread deep into the artificial joint itself. This is called a "superficial infection". If the infection is caught early, your doctor may perscribe intravenous (IV) or oral antibiotics This treatment has a good success rate for early superficial infections. Infections that go beyond the superficial tissues and gain deep access to the artificial joint almost always require surgical treatment.
Debridement. Deep infections that are caught early (within several days of their onset), and those that occur within weeks of the original surgery, may sometimes be cured with a surgical washout of the joint. During this procedure the surgeon removes all contaminated soft tissues. The implant is thoroughly cleaned, and plastic liners or spacers are replaced. After the procedure, intravenous (IV) antibiotics will be perscribed for approximately 6 weeks.

Transverse fracture. In this type of fracture, the break is a straight horizontal line going across the femoral shaft.
Oblique fracture. This type of fracture has an angled line across the shaft.
Spiral fracture. The fracture line encircles the shaft like the stripes on a candy cane. A twisting to the thigh causes this type of fracture.
Comminuted fracture. In this type of fracture, the bone has broken into three or more pieces. In most cases, the number of bone fragments corresponds with the amount of force needed to break the bone.
Open fracture. If a bone breaks in such a way that bone fragments stick out through the skin or a wound penetrates down to the broken bone, the fracture is called an open or compound fracture. Open fractures often involve much more damage to the surrounding muscles, tendons, and ligaments. They have a higher risk for complications-especially infections-and take a longer time to heal.
In this type of operation, metal pins or screws are placed into the bone above and below the fracture site. The pins and screws are attached to a bar outside the skin. This device is a stabilizing frame that holds the bones in the proper position.

Trochanteric bursitis is inflammationof the bursa ( fluid-filled sac near a joint) at the part of the hip called greater trochanter. When this bursa becomes irritated or inflamed, it causes pain in the hip . This a common cause of  hip pain .

Common causes of hip bursitis are the following: 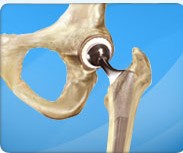